An awkward conversation in the front parlour 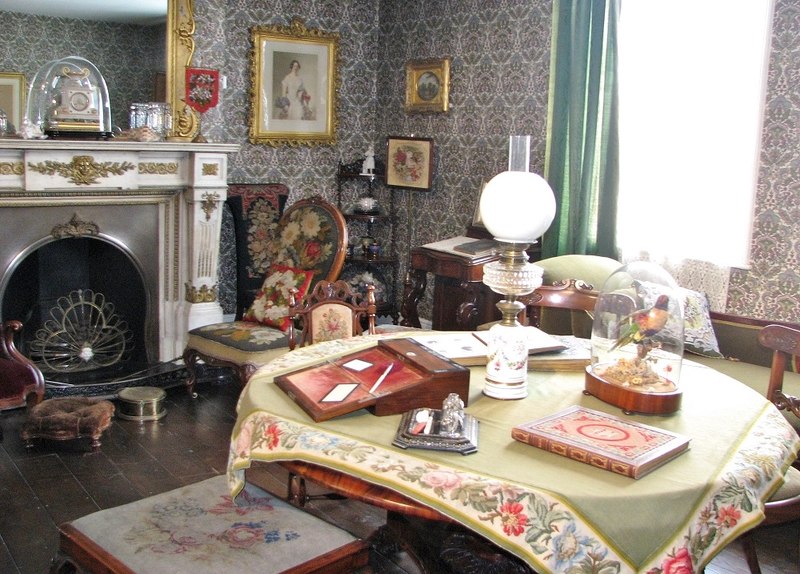 This opening begins with an awkward conversation in the front parlour. How effectively does it start the story?

Editorial comment: I guess this is where the problems with Mr Jones begin? In that case, it seems like a good place to being your story: conflict and tension, and the setting up of a clearly defined problem that Mrs Best and the crew at Riverdale House are going to have to deal with. The writing is crisp and pretty much error free, a few punctuations issues aside.
If I had a criticism, it would be that the writing is a bit “flabby”. Like many of us at this time of year, it could do with getting out on the running track, or taking a long walk on the moors with the dogs and losing a few syllables here and there. Examples of phrases that could be cut to make the prose a lot leaner are “the grandfather of her latest young lady boarder”. We find out imminently the relationship between Mr Jones and Melissa – he tells us himself – so there’s no need to preempt that information with a bland “telling” statement. Likewise, Mrs Best talks in conversation of her late husband Charles, so why tell us this information at the outset when you show it perfectly well and organically in the course of the scene?
The conversation itself is a bit awkward. Large tracts of it go unreported and there appear to be long periods when the two protagonists are sitting in silence. There’s also a long digression, whose significance is unclear at this very outset of the story, about Mrs Best’s brother and husband fighting in the same regiment as Jones. Since you’ve made it the focus of the start of the book, this opening conversation needs to be spot on. Dialogue in it should only exist to either further the plot, or provide character development. It provides a golden opportunity to do both, but seems to fall a bit short, as if you’ve set up a perfect start to the book, but then failed to deliver on its promise. For example, even if the two of them are sitting in silence, what are they thinking? What is Mrs Best thinking as she looks at the pictures of her ancestors in silence? Why does she struggle to make polite conversation? In her manner and comportment she seems quite an assertive and dominant character (shoulders back and spine straight). Why then does she endure this visitor sitting in silence in her front parlour? Wouldn’t she just straight out and ask him why he’s there? If she knows why he’s there (she refers internally to a prepared speech), why doesn’t she confront the issue head on? Why endure painfully protracted small talk which is only delaying the inevitable conflict?

It seems harsh, but I’m going to reject this because I think there’s a lot more you could do with this scene. The

writing is of a high standard, and you’re much closer to intriguing an agent’s interest than a rejection implies, but the bar is high. I think that “in the wild” this would be rejected with an encouraging note along the lines of “interesting but needs a little work – perhaps work with an editor?” or, “not right for us but please send us anything else you write”.