Butt naked down a country lane at two in the morning. 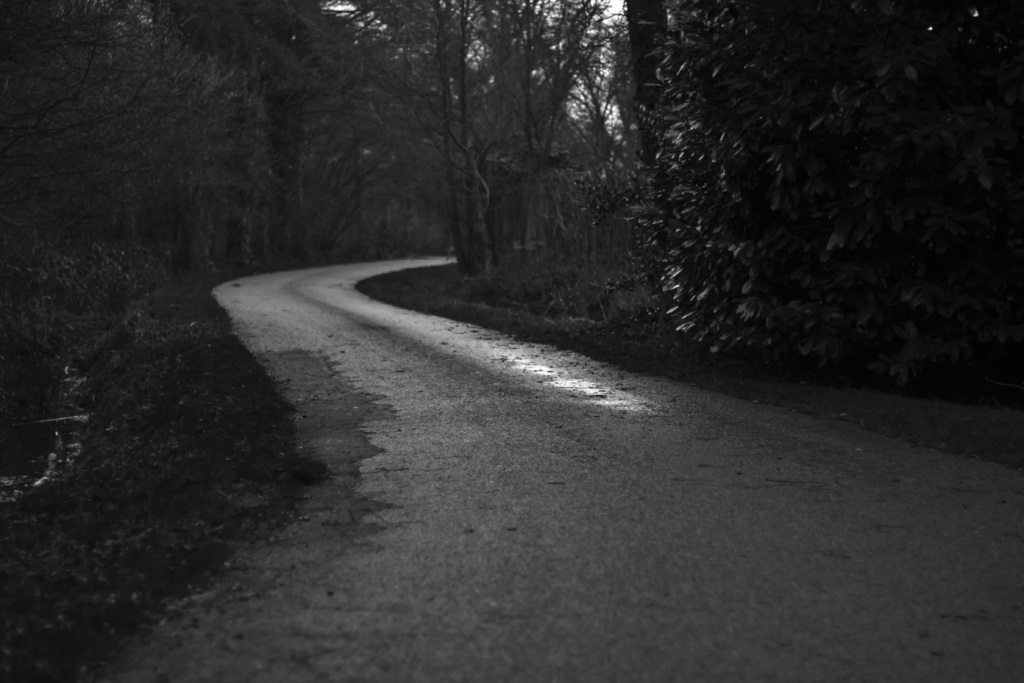 “Butt naked down a country lane.” This title is pure clickbait, I’ll admit, but I thought it was a great opening line, and that is, after all, the name of the site. What about the rest of the submission?

Title: Shifting Sands
Wordcount: 81000
Genre: Mystery
Language: British English
Synopsis: Local journalist, Phil Tyler, knows better than to trust Winston. But when Winston starts to tell his tale of the naked man wandering the lanes near Westleigh Hall, Phil decides to make enquiries. He should have known better. His investigation leads him into a dark, sinister world, and great danger.
Text: ‘I’m telling you, man, this guy was butt naked, walking down a country lane at two in the morning and whimpering for someone called Bunny. Scared the shit out of me, I can tell you. I mean, it’s not what you expect is it? There I am outside this big house, minding my own, and I’m edgy enough if you know what I mean, when I hear this weak, tinny voice coming out of nowhere. I don’t believe in spirits or ghosts or any of that shit but, I tell you, man, at that moment…

‘Then he emerges from the darkness like a white ghost, he hasn’t an item of clothing to his name, and he’s got his hands out like he’s reaching for something, like a little kid who’s just learned to walk, and he’s repeating over and over, “Bunny! Bunny!”

‘Okay, Winston, I get the picture. Can you just lower your voice a little? People are staring.’

We’re in Maggie’s cafe in the precinct, sitting by a window which looks out into the pedestrian area. It’s crammed with tourists, it being summer and the school holidays underway. The cafe is full, and most of the customers have spent the last few minutes listening to Winston. I mean, you don’t have much choice. Winston is loud. It’s like he’s unaware of anyone else in the whole world, as if there’s just you and him. He doesn’t suffer from embarrassment. He never has.

Not for the first time, I want him to shut up or lower his voice or maybe just go away.

Yeah, go away would be really good.

Only Winston has never learned to take a hint. You could drop a hint by clubbing him with a cricket bat, you could scream in his face. It’d make no difference. He’s always been the same. A nuclear warhead would bounce off Winston.

‘Hey man, what are you worried about? It’s a great story for that paper of yours. You should be thanking me. But I haven’t told you the best bit.’

He snorts with laughter, and leans forward as if he’s going to whisper, but then he doesn’t.

‘I mean, whoever this Bunny is, this guy is really hot for her, if you know what I mean. He’s got a dick like that leaning tower – what do they call it?’

‘Pisa,’ I whisper, ‘the Leaning Tower of Pisa.’

Winston rolls back his head, opens a cavernous mouth, and roars with laughter. ‘Well that’s appropriate. This guy is signposting heavenward with the most enormous…’

A couple of older women leave their afternoon tea with a haughty look, and head for the door, but plenty more remain there over empty cups and plates. They’re listening and pretending not to and suddenly it’s like I’m on a stage and we’re improvising this scene and I’ve no idea what’s coming next or how it’s going to end, and everyone is waiting for my contribution.

Then I see Maggie over by the counter and I know exactly how it’s going to end, and what I have to do. She’s formidable even when she’s smiling but she’s not smiling now. She’s dusting her heavyweight hands on a tea towel, and flexing her muscles like she’s preparing for a fight. She isn’t even looking at the old guy who’s talking to her. Her eyes are trained on me, and Winston. I look at my chest, expecting to see a little red light targeting me for destruction.

It’s understandable, I guess. Winston isn’t her regular type of customer. This is more of your middle aged, middle class, genteel, tea and cakes sort of establishment, the sort of place my mum likes. Maggie doesn’t like tourists, and she can’t abide anyone with children. She looks at anyone under fifty as if they’re about to spring a trap. She only smiles at them when they’re leaving, and that’s more relief than anything else. Winston is in a category shared by drunks, dog owners, and people who don’t pay. She looks at him as if he’s trodden both feet in something unpleasant with the sole intention of bringing it into her cafe.

When she hears his latest outburst she’s had enough, and now she’s rolling our way like a lumbering, doom-laden cloud.

He’s still trying to cram the last of his cream cake into his mouth as I push him through the door, and into the stream of pedestrian traffic.

‘And don’t come back!’ Maggie shouts after us. ‘We don’t want your sort in here.’

Winston looks back with an enormous grin.

If she was holding a knife, she’d throw it, I swear.

I steer him round a couple of corners, and only slow down when I’m sure no-one is looking at us.

‘What the hell, Winston. I could be a column in my own newspaper tomorrow.’

‘My mum and dad do. And what do you mean “Is it a race thing?” Do you know how many times I’ve heard you say that?’

We’re walking slowly now, and getting jostled by tourists in a hurry to get nowhere special. I direct him to a seat just vacated by a large woman with an even larger shopping bag. There are flowers in a circular bed just behind the bench, contained by a low, brick wall, part of the town centre improvements. I like flowers, especially brightly coloured flowers in a town centre. My boss, Liz, says they’re incongruous. She says it’s like sticking a candle in a turd. But I like them.

Editorial comment: A bit leisurely, was my first impression. What do I mean by that? There are lots of digressions that, although I’ll concede they do paint a nice authorly picture, aren’t necessary to the story. They don’t provide plot progress, and they don’t really further much characterisation of the main character, Phil. What do I mean?

The last paragraph is a good example. “a seat just vacated by a large woman with an even larger shopping bag” is a nice play on words but it’s a bit indulgent. Don’t ever lose sight of the fact that these are the first few pages of your manuscript. An agent or publisher is going to have seen most neat little wordplays before—maybe not your exact words, but sufficiently similar not to be blown away by your originality. “There are flowers in a circular bed just behind the bench, contained by a low, brick wall, part of the town centre improvements.” the paragraph continues. Again, a nice sentiment, well expressed, but what does it tell us about the character or the plot? Not a whole heap. It turns out the point of view (PoV) character likes flowers, and his boss doesn’t. Perhaps that’s a plot point later on? I doubt it somehow, in a mystery.  Even the way this is expressed – “I like flowers, especially brightly coloured flowers in a town centre” – seems narrowly specific. What about pastel shaded flowers, and what about flowers anywhere else other than a town centre? I don’t know Phil at all yet—you haven’t engaged me—so why should I care about his predilection for municipal flower displays?

It’s a bit overpopulated with widely telegraphed similes to my taste. “<This thing> was like <this other thing>”. In this first 1000 words there are 13 occurrences of the word “like”. That’s a huge number. It’s also not strictly fair, because Winston uses “like” as conversational confetti, which is a good use of repetition as “voice” of the character (beware of overdoing these verbal tics though). I think the problem is that this then spills over into the narrator Phil’s voice, too. In the middle of the submission, ignoring the occurences of “like” that denote “an affection for”, there are three “likes” that are in Phil’s PoV, “suddenly it’s like I’m on a stage “, “flexing her muscles like she’s preparing for a fight”, “she’s rolling our way like a lumbering, doom-laden cloud”. With a little juggling and rephrasing, you could eliminate most of these “likes”. “Suddenly I’m on a stage …”, “flexing her muscles—she’s preparing for a fight”, “she’s rolling our way, a lumbering, doom-laden cloud”. These are copyediting changes. A copyeditor (well, a good one) would have noted the probable unintentional repetition of “like” (as opposed to the intentional repetition, which is part of Winston’s voice) and suggested changes like I’ve outlined. There’s no harm in “like”, or in similes—just don’t overdo it.

All in all, this is a nice piece of writing which might attract an agent looking for exactly this kind of

work. The problem is that most agents want work which is readily saleable. This piece needs a thorough copyedit (there are other punctuation and sentence structure problems) which marks it as the work of a talented amateur writer, not a professional.  Whether this results in your getting an outright rejection or a “needs work but I’m interested” reaction depends entirely on the mood of the agent/publisher on the day, I suspect. To improve your chances, I’d tighten it up a good deal, cutting a lot of the unnecessary background indulgencies (“I look at my chest, expecting to see a little red light targeting me for destruction”—no he doesn’t. She’s got a dishcloth in her hands, not a Dragunov). But after all that, I can’t reject a submission with such a great opening line, so a silver star—needs work.

No Comments
Categories : Every word must count, Mystery, Silver
Next Page »
The Opening Lines
Copyright © 2022 All Rights Reserved. Website run by Editorial.ie