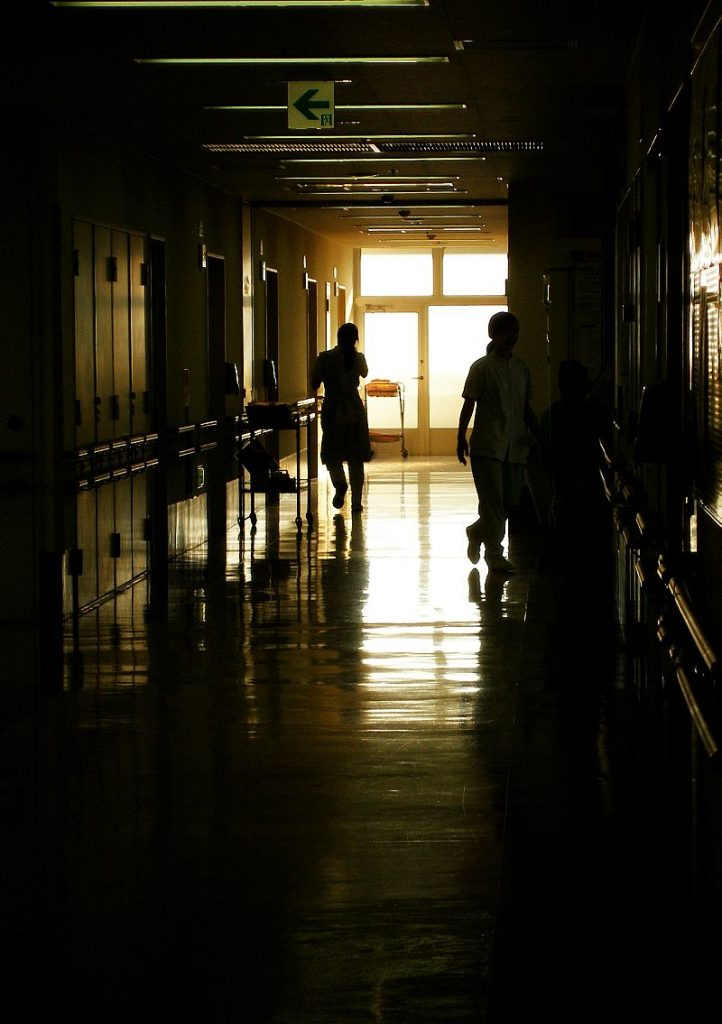 This opening makes tough reading – might be a little sensitive for those who have recently “suffered” or are still undergoing hospital treatment, or coping with loved ones in a similar situation.

Editorial comment: The fact that this is a collection of essays, rather than a novel, means that this isn’t really an appropriate work for assessing on this site. It’s not a novel, it’s a memoir, but even then, it’s not a novel-length memoir, it’s a collection of essays illustrating a memoir. However, the writing is compelling, so I thought it might be interesting to comment on a few issues.
There’s a place for sentence fragments and you’re quite right not to avoid them—to hell with what the “editing software” packages like Grammarly tell you. However, I have to say that first instance doesn’t really work for me. There’s no reason that the first two sentences can’t be one sentence, separated by a comma. In fact, the second illustrates the first, so they are better together, I think, than separated.

An ambulance was called is a good example of why passive writing is a weakness. Up until this point the writing is intensely personal, from a very close, first-person point of view. An ambulance was called is curiously distant in comparison. By whom? A passerby? It doesn’t need detail. “John called an ambulance” would be fine, because that makes it a personal experience, not a weird out-of-body incident (even if the patient was somewhat “out of it” at the time). The relationship of “John” to the patient would be explored later, but you’ve immediately begun to add depth, in a very organic way, to the main “character”. The patient is suffering, and there is somebody called John in their life. I suspect we find out a lot more about John later, but this introduces him almost invisibly, rather than having some clumsy “my partner was called John” introduction later on.

He lost his appetite. Then his hair is an example of how to put sentence fragments to good use. The staccato delivery adds something to the sense of awful inevitability of the progress of the disease.

There are a few copy-editing problems, but nothing important. Without knowing the context of this extract it’s difficult to comment on the writing. Is this one half of an essay whose primary purpose is to describe pain, or is this the opening to a chapter on illness/hospitalisation generally? If the latter, there’s a lot of description. I wonder if, to really get the best reaction from the reader, they should already be empathising with a character they have grown at least a little familiar with. But we are introduced cold here. While we can sympathise on a human level (no-one wants to go through what this narrator is going through), it’s not personal to us at this stage. You’re not describing the trauma of an individual we particularly care about, simply because we don’t know who they are.

But good writing. A horrible clarity of what the narrator is going through, thoughtfully and descriptively expressed, and I like the parallelism of being forced, under such similar circumstances, to revisit the scene of recent medical trauma. Brutal stuff.