A returning war vet with baggage 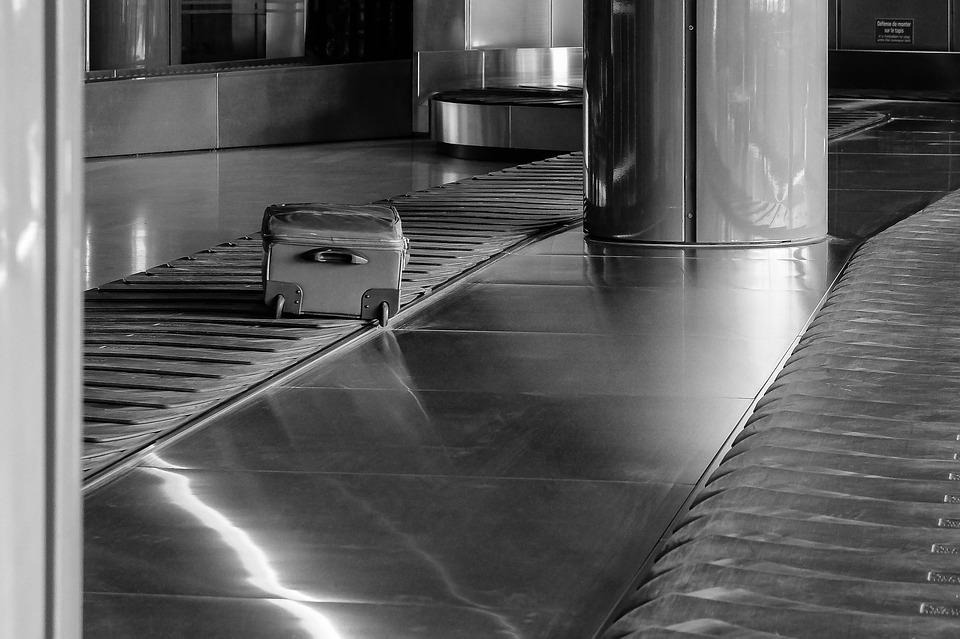 Baggage, in more ways than one. Romance dawns for a returning, battle weary veteran. But is he ready for it?

Title: Autumn Sun
Wordcount: 140000
Genre: Romance
Language: British English
Synopsis: Patrick has returned home after seventeen years. Broken and injured, discharged from the army with nowhere else to go, he was tired of being alone. He never expected to meet a woman like Autumn, he never expected to fall in love so easily. It was too good to be true.
Text:
The only reason someone would drive north of the small regional airport I was standing in today was because Half Pine Bay was their destination.  In winter it was easy to spot who was heading north by their luggage adorning some suggestion of snow sports, in summer, like today, it was a little more diverse. Maybe a couple standing with their fingers entwined and only each other in their sights, ignoring the business around them, excited for the promise of privacy their serene, waterfront cabin was soon going to deliver. The fishing groups were the next best candidates, but they rarely flew in, opting to drive for days towing their single consoles behind them, attracted to the dream of catching the biggest bream or bass in the bay. Next in line would be campers for the sprawling forests, hikers and mountain bikers for the grassy mountain goat tracks, and fly fishermen for the abundant salmon and trout in the alpine tributaries. We were probably going to meet most of them on the single lane highway travelling north, adding another hour of congestion to the drive. But that was Half Pine Bay, something for everyone all year round. For me though it was home, or so it used to be, where nothing but unwanted memories lay as shadows in every street, on every corner, at every bend in the road.

Editorial comment: Okay, I’ll stop you there. This is the first page of your novel, and rather than introducing us to your character/s or given us any development of your plot, you’ve given us a page of exposition, backstory, scene-setting. This is all very interesting … well, to be honest, it’s not that interesting. We opened your book because you told us this was a story about … let me go back to the blurb on the back cover … an army veteran returning home and finding romance. All this detail about the various amenities within a few hours drive of Half Pine Bay airport might be interesting some way in to the book, but right now – totally uninteresting, to be honest. We want to hear about Patrick. So Patrick is standing at the airport baggage carousel. What’s he thinking? No, not what you’ve got here, “Oh, look, there’s a fishing party, I wonder how many bream they’ll catch?” What are his emotions? What’s he feeling? We don’t know. Instead he sounds like a walking tour guide for Half Pine Bay. In case anyone thinks I’m jumping to conclusions, there are another two pages of similar musings, until finally, on page 4, we get some dialogue. “You look deep in thought,” says somebody next to him. Now we can move on. Now we can hear Patrick talk, express himself. We can begin to get immersed in Patrick because this is, after all, his story. The trouble is, on page 4 is far too late. You get at most a page to interest an agent, and that’s being generous, from what I’ve seen and heard from some agents. Your average agent, publisher, and even browsing bookshop reader, is just not going to get immersed in that opening page. If they’re not immersed they’ll put your book down and pick up something else instead.

Okay, that’s the bad news. The good news is that if you cut almost the entire first three pages, you’ve got a not bad opening. It’s a “their eyes meet over a crowded baggage carousel” story, which is great. You introduce the two main characters. You bring in some of the backstory you allude to in the previous three pages in a much more organic and unintrusive way in their conversation. They each play a bit of a guessing game speculating as to why the other is there. That’s lovely. That’s all you need. We’re now off with the story.

I think this needs some substantial revision, unfortunately, if you’re trying to get the attention of agents or publishers, or even get a good readership. I raised my eyebrows when I saw a romance with a 140,000 wordcount. It’s not “against the law” to write a romance that long, but check out any romance in your average bookshop. I very much doubt if any of them will be anywhere near 470 pages long, unless they’re typeset in a huge font. 70,000 to 80,000 (so in the 300 page range) is a far more common range for a romance. Based on what you’ve submitted here, I suspect that you need to steel yourself to do some hard cutting of excess exposition to get down to a more manageable wordcount.

It’s tough getting feedback that isn’t 100% complimentary, I know. You said in your submission that you wanted to

“capture the reader, show a world and the protagonist’s life and inner feelings with depth the reader feels”. That’s a worthy ambition of any novelist, but in order to do it you have to do that, to capture the reader, and show that inner life and those feelings. Look at your first three pages again, and cut anything that doesn’t show inner life or inner feelings. I think you’ll find yourself at that “You look deep in thought” line. It could be the opening words of your book.

Self-editing for Self-publishers, out now on Amazon in ebook and paperback and to order from all good bookshops.