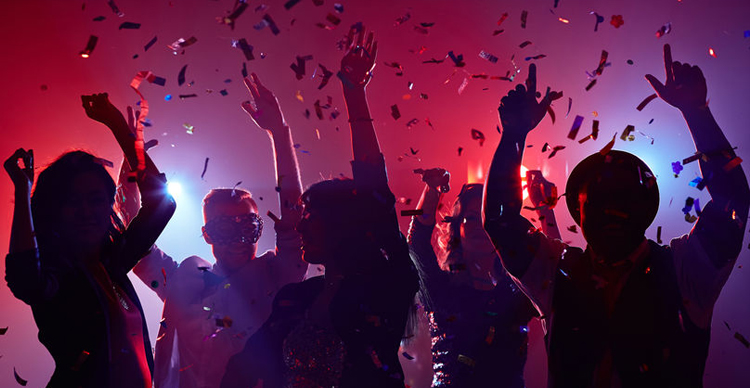 A tumultuous homecoming night, in all the worst ways. This is a powerful, emotional opening. Is it good enough to hook the reader?

Title: Tales of a will-o’-the-wisp
Wordcount: 100000
Genre: YA
Language: Canadian English
Synopsis: With grief plaguing her every moment and a shocking secret revealed at her sister’s funeral, Sage Willows must try to navigate through the treacherous pains of real life without a sister. She realizes that blood doesn’t always make family and that surviving grief is impossible to do on her own.

Text:
Is the Earth supposed to spin from left to right, or right to left? What happens if it is going from top to bottom, spilling thoughts, memories and emotions out in chaotic disorder?

My reality is circling out of control, going too quickly for me to keep up with. I am being pulled in every direction, on the precipice of being torn to shreds. I can’t seem to focus on anything, my body numb and my mind drifting.

This can’t be real. This isn’t real.

Nothing matters anymore. My life is completely, utterly and irrevocably shattered. I have tumbled down, down, down the rabbit hole into a world that should not exist. Into a living nightmare.

My mother’s choked words repeat on a loop in my head, the only thing I can hear.

They are the reason I now sit in a hospital waiting room.

Tonight is—was—meant to be amazing. I expected it to be memorable. And it is, just not the way it’s supposed to be.

It’s the night of the homecoming dance—and yet, here I am, sitting in a white, sterile room with my family.

Well, most of my family.

I’m still wearing my beautiful, flowing midnight blue dress long enough to touch the floor. My hair—which only hours ago had been in pretty, elaborate red curls—is now an untameable mess. Under other circumstances, my mother would joke that it looks like a bird’s nest.

I don’t cry; the tears just don’t want to come.

Am I supposed to be crying? I’m uncertain. Does the fact that my eyes are dry mean there is something wrong with me?

I push away the thought, contemplating what happened two hours—a lifetime—ago.

I’d been waiting for this night for months. I thought it was going to be spectacular. I spent more than a few hours today preparing: getting my hair and makeup done, painting my nails, picking out the perfect jewelry. Petty, meaningless actions.

Before now, I’d never gone to a high school dance, always feeling too shy and stubborn. Maggie had begged and pleaded, though, and for once, I let myself be convinced to go out of my comfort zone and try the whole sociable thing. Once I got out of my overwhelming mind, I actually got excited.

I planned to make it count.

The first few hours of the dance were wonderful: dancing with my friends, laughing with Mags, flirting with a boy I had a crush on. I found myself having fun—a concept I now don’t understand.

Amelia was supposed to meet us, but as always, she was running late. I remember vaguely wondering where she was and when she’d get to the school. It was only a distant concern; my sister is wholly unreliable when it comes to being on time—and for, well, everything else. She’s a little… flaky.

Then I got the life-changing, gut-wrenching phone call.

I remember the feel of my phone vibrating, remember choosing to ignore it. But whoever was trying to get a hold of me wasn’t giving up, calling several more times before I decided to answer.

Sighing, I excused myself from my friends and headed to a corner, putting the phone to my ear. I didn’t bother checking the number.

Why was she calling? What could I possibly have done wrong this time?

It was too loud, in the gym with the thundering music, so I headed out into the hallway.

As the door closed behind me, I realized my mom hadn’t answered.

“Hello? Mom?” I said, checking the caller ID to make sure. Yep, it was my mother.

So, why wasn’t she saying anything?

And then I heard it: the uncontrollable sobs that shook my core. Mom—my beautifully composed, stronger-than-steel mother—was choking on her cries. She couldn’t even speak.

“Mom! Mom? What is it? What’s wrong? Are you okay?” I demanded, a sick feeling spreading from the pit of my stomach throughout my body. Something had happened—something terrible enough to make my mom sound like a dying, keening animal.

“What is it? Is it Andrew?” I remember asking.

Andrew’s okay, he’s fine, I thought to myself.

It took her a long time to control the sobs enough to say anything. I waited impatiently, not sure how long had passed—seconds? Minutes? Hours? It felt like the time was stretching out, ready to engulf me.

And then, by some miracle, Mom managed to find her voice. Her words, though, were not the comfort I desperately needed. Instead, her words managed to strip me to my core and leave nothing but a gaping, agonizing hole.

“There—there was an accident.”

I could hardly hear her, partly because of the pounding noise seeping through the closed doors to the gym, but mostly because her voice was nearly incomprehensible from tears and overwhelming emotion.

But I understood it perfectly.

I slid to the floor, not caring about my dress—my legs refused to hold me up any longer. “What…? What do you mean? Is it Andrew…?” I whispered hesitantly into the phone, fearing my mother’s answer.

Accident? Lots of people have accidents. The word could describe any number of things. It didn’t necessarily mean someone was hurt.

That was when my mother explained what happened, with a voice slurred and clipped. I almost couldn’t discern her words, with the thudding of my heart drowning out most sounds.

It turns out that Andrew wasn’t hurt. No, this was so much worse.

Because it was Amelia.

Wow. I feel like I need to sit back and pause a moment before commenting. Powerful stuff indeed. The triple-edged emotional hit of the homecoming dance childhood/adulthood rite of passage, a family tragedy, and the loss of a sister. You said that this was the first full-length book that you’ve finished and wanted to ask if anyone else can see the potential. Well, there are quite a few people reading this site these days, so perhaps they’d like to comment (the comments button is below). I’ll imagine they’ll all say yes, they can see the potential, and in fact, if YA is their genre, to please let them know when this book comes out.

However, I’m an editor, and it’s my job to be picky. In a submission of such a high standard the following comments are going to possibly sound finicky and immaterial, but they are just an editorial opinion.

The fourth paragraph is a paragraph too much. At that point my attention is beginning to wander. There are only so many lines of cataclysmic metaphor one can absorb in a row without any context. I think you need to start bringing in real life terms to ground the reader in this character’s reality sooner, which is just a matter of moving the fourth paragraph somewhere else and bringing in the mother’s phone call a few lines earlier.

I think the lines “These are the words that I will always remember. These are the words that will forever haunt me” are a misstep. These are lines of reflection and considered perspective, not utter emotional turmoil. The person who is thinking these thoughts has had time to process the immediate shock and is beginning to work out how this experience will forever alter their life. I’m no expert on grief, but I feel as if it would take longer than a couple of hours to get to this point. Similarly, later, I’m not sure that you’d be thinking rationally about the irony of how the homecoming night really didn’t turn out as planned.

The line “It’s the night of the homecoming dance—and yet, here I am, sitting in a white, sterile room with my family” is all telling and not showing, and the weakest line in the piece. The reader is intelligent enough to work out by what you later mention (her beautiful blue dress, the dancing, the lengthy preparation) that it’s some ritual like Prom Night – they don’t need to be told. Equally, telling the reader that the character is “sitting in a white, sterile room with my family” is just lazy. Sorry, but you are a better writer than that! How about, instead, something like  “Andrew (is he her brother?) comes back from the coffee vending machine outside in the corridor, shoes squeaking on the hospital linoleum. He hands me a water.” Now we know that they’re in a hospital and that family are there. If the detail that it’s a sterile white room is important, then you can drop that in equally organically.

One tiny technical detail in that I wonder where she’s carrying her phone, in order to feel it vibrating. Have dresses evolved far enough to have pockets? Or does she see her phone vibrating on the table as she breathlessly comes back to sit down after a whirlwind dance, and notes the five missed calls in the space of half an hour?

And title? The title is misleading, making you think of a lighthearted fantasy piece. I trust that’s not going to be the finished title?

To answer your question: Yes, it definitely has potential. I think it needs a few little tweaks to be at its best, which stops it getting a gold star outright, but otherwise excellent.

Self-editing for Self-publishers out now in ebook and paperback in all good bookshops. A comprehensive guide to the art of self-editing your own work.