Sisters with a secret 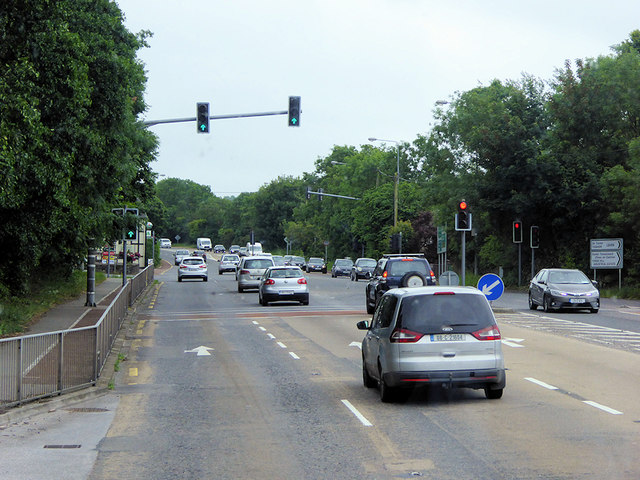 Sisters, working out their past. But where does this story actually start?

Title: Face
Wordcount: 82000
Genre: Thriller
Language: British English
Synopsis: Two sisters, each presenting a different Face to the world, hiding their inner torment, running from their past. But their past catches up to them and twenty years after their father killed their mother, they have to return home to face up to the truth of what really happened.
Text:
Marita

Margo glides into the restaurant, her walker screeching like a tea trolley, her feet shuffling close to the ground. Marita is there already, waiting at a table in the corner. Their hearts pinch as they eye each other. Time has not been kind to either.
They have never been close; their twenty-five year age difference gives them little in common; still, they meet every few years at weddings, funerals, occasions like this and are fond of each other.
‘Long time,’ Margo, a woman of few words, wheezes, her voice hoarse, as she sidles onto the chair, her belly squashed against the rim of the table. Still smoking, Marita tuts to herself.
‘Yes, since Jack’s funeral. It must be what?’
‘Five years, ‘ Margo fingers her wedding ring, a sharp tickle washes through her, grief still gnawing, not often but every now and then.
Her eyes slide over the bag of bones sitting opposite her in the wheelchair, the sunken cheekbones, the cruelty inflicted on a body still young. Not much more than fifty. She looks around, searching for someone.
‘Amie is on the phone outside, she will be into us in a minute’, Marita says, nodding towards a dark haired woman on the deck, her back towards them, her shoulders tense.
‘I am so sorry. Is there any…’ Words fail Margo. She tries again.
‘Is there anything they can do?’
‘Unfortunately not. Amie insisted on coming here, getting another opinion. She won’t let me give up without a fight.’
Marita recognises the unasked question in Margo’s eyes.
‘Not long, ‘ she says quietly, almost to herself.
Margo reaches across the table, her soft, plump hands dented by her wedding ring catch Marita’s clawlike bones. There are no words.
The restaurant is busy, heaving. The waitress, a pretty girl who looks no more than fifteen, seems hassled.
‘Be with you in a minute,’ she throws the comment at them, over her shoulder as she carries two cold seafood platters to a nearby table.
‘We should look at the menu? Is there anything you feel like?’ Margo asks.
‘Fish. I feel like fish,’ Marita says, her smile still beguiling.
‘Ahhh, you and your fish. Remember the beautiful lobster you left out for me that time I missed you in Curragleen.’
Marita struggles to breathe as the room swims in front of her. She rocks back and forth in the chair, her arms crossed on her chest.
‘What lobster?’ The question lodges itself in her gut; she can’t haul it up to her lips. But it doesn’t matter for she already knows the answer. She filters through the memories of that August twenty years ago, the night that changed everything. Her mind still sharp as a tack click the events into place. How could she ever have believed anything else? The lobster, it all comes down to the lobster!
Of course, Margo had called to say goodbye before heading back to Manchester but they missed her because the river had flooded in Bawnlea and she and Amie had to take the long way home. Why hadn’t she put two and two together? How could she have been so stupid? The words seep into her mind, slowly. I can’t die now, not yet. I have to make it right.

The lights turn amber. I slam on the brakes, and the car behind almost runs into the back of my Ford Galaxy. The driver, a big red-faced man shakes his head in frustration. My lips stretch wide, grimacing in apology, and I do a little wave in the rear-view mirror. I am an expert at apologising, even when I am not really sorry, like now, so I wave again in case he missed my first wave. He continues to stare, his eyes cold, unyielding. I look away. I hate any type of confrontation.
The lights change to green, but the gearstick won’t shift into position. My heart is racing. I am jittery, thinking of the man in the car behind. The lights change back to red. He appears at my window; his face is even redder up close, his nose almost purple. He must be a heavy drinker, probably nursing a hangover.
‘What the hell are you doing?’
Sweat forms a line on my upper lip. I take my time pressing down the window and plaster a smile on my face.
‘I am so sorry. My gearstick is stuck.’
He shakes his head, starts to say something, but the lights change to green, and he rushes back to his car. I throw my eyes up to heaven and murmur ‘asshole’, but the episode has unnerved me.
A flash of neon yellow as a cyclist veers out from the footpath is the final straw. I pull over, hitting my tyres sharply off the kerb. The red-faced man blares his horn, shouting out his open window;
‘Clowns like you shouldn’t be allowed on the road.’
I give him another friendly wave, hating myself for not telling him to suck on a prune. I clasp my mouth with my right hand and the collar of my shirt with my left, inhaling deeply, trying to remember my yoga breathing exercises. But of course, I can’t, I can never remember them. I rest my head against the steering wheel, smiling briefly when I catch the scent of the new Yankee Candle air freshener. Lemon Lavender. The girl in the shop was right- it does freshen up the car.
The mobile rings. Ella’s name flashes on the screen.
Oh, bloody hell, I forgot to collect Ella. I had promised her a lift this morning. Ella works part-time as a waitress in Faces, the business I own with my sister Serena. Ella is studying commerce at the university, although I have never known her to go to a lecture. Two days ago, she drove her father’s Range Rover into the neighbour’s front wall. She had been busy contouring her face at the time, looking into the vanity mirror on the sun visor. She finished contouring before she went out to survey the damage. I shake my head, thinking of Ella.
‘Almost there. Five minutes. Gary’s mother rang as I was going out the door. I couldn’t get away from her. She is on new medication and was reading out all the side effects to me. She can talk forever about her tablets.’
The lie slips easily off my tongue. I should have a degree in making up excuses on the spot.

Editorial comment:
It’s not quite clear where the section titled Marita belongs. Is it a prologue? If it is, I’m afraid it fails the “Is this prologue necessary?” test for a number of reasons. The first is that nothing really happens in it. Two sisters in varying states of decrepitude meet in a cafe, exchange small talk and think about stuff. We don’t know either sister, so can’t really empathise with the physical ailments or the mental turmoil of either one of them. We don’t know any of their history, and have nothing to relate it to in their current context, so their vague references to “that thing that happened” don’t really work as teasers – they’re not specific enough. We’re just baffled. And there’s an unfortunate side-effect of bathos (unintentional humour) when Marita thinks “The lobster, it all comes down to the lobster!” I’m sure there’s a reason for her thinking this, and it’s possibly a very tragic one, but to us new readers it looks as if she’s blaming all her life’s troubles on a crustacean, and the reader response is more likely to be a snort of laughter than a sob.
I quickly skimmed to the end of this (because it wasn’t a very interesting scene) and went on to chapter 1. Here, a completely different point of view, pace and feel from the “prologue”. That’s fine, but then as I read on I’m waiting to find out why this scene is included at the very beginning of the book. A harassed mother (I’m presuming – she’s driving a Ford Galaxy) having a bit of a nightmare at the traffic lights, distracted by any number of real life interruptions to her train of thought. Okaaay. But what happens? She smiles and apologises and fumbles with the windows and the gearstick as, presumably, a whole stream of traffic builds up behind her, honking and roaring and trying to get through the traffic lights. She finally gets moving only to be “unnerved” by a cyclist veering out from the footpath (in other words, she wasn’t paying attention and was too close to a cyclist who was presumably avoiding a pothole) before she abruptly pulls over (probably without indicating, and quite possibly crushing the cyclist in the process), crashes into the kerb, more waving, some yoga breathing exercises, a moment communing wth the steering wheel and admiring her previous purchase of a lemon lavender air freshener, and then she decides to take a call on her phone. Plenty of misogynistic readers would at this point be throwing the book at the telly and shouting about “bloody women drivers”.

It’s very nicely written. There’s some humour. In reality we can all empathise with the harrassed mother in her people-carrier and the belligerent heart-attack-in-waiting behind her. But this isn’t a great beginning to the book. The Marita section has nothing to do with this section, and neither one really gives us any information about what is going on in the main character’s life, so we’re a thousand words into the book and none the wiser. It might be that in the next few paragraphs something really important happens, so if I’d only been patient I would have found out. But agents aren’t known for their patience, and I’m fairly sure would have ditched this before even getting this far. My suggestion would be to cut out the Marita section completely – it doesn’t seem to serve any purpose that I can see – and think about where the story starts. Does it really start with this journey, in her people-carrier, getting stuck at the traffic lights and then nearly running over a cyclist? What happens to get this story going? All of the information you’ve given us here, about forgetting to pick up Ella, Gary’s mother and her ailments and all the rest, could be built into the story while something else more important is happening.

A side benefit of cutting the Marita section is that you’ve another 550 words to play with, getting the reader hooked into the story and character, before you reach the 1000 word point. You might be able to do that with continuing this journey – it’s well-written, as I said, and your target reader might very well empathise much more immediately with the character than I can – but I’d have a think about it.

One final point. Be careful about dropping lines such as “Ella works part-time as a waitress in Faces, the 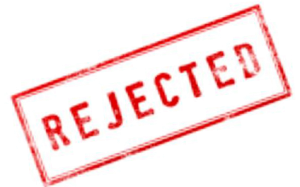 Unfortunately this didn’t make it, but try and rework the beginning to draw the reader more closely and quickly into the real story (as opposed to character background). There’s nothing wrong with the writing, but keep an eye on your points of view.

Available in ebook, paperback, hardback and large print versions, from Amazon and to order from all good bookshops.