Posted by The Editor
· 4 Comments 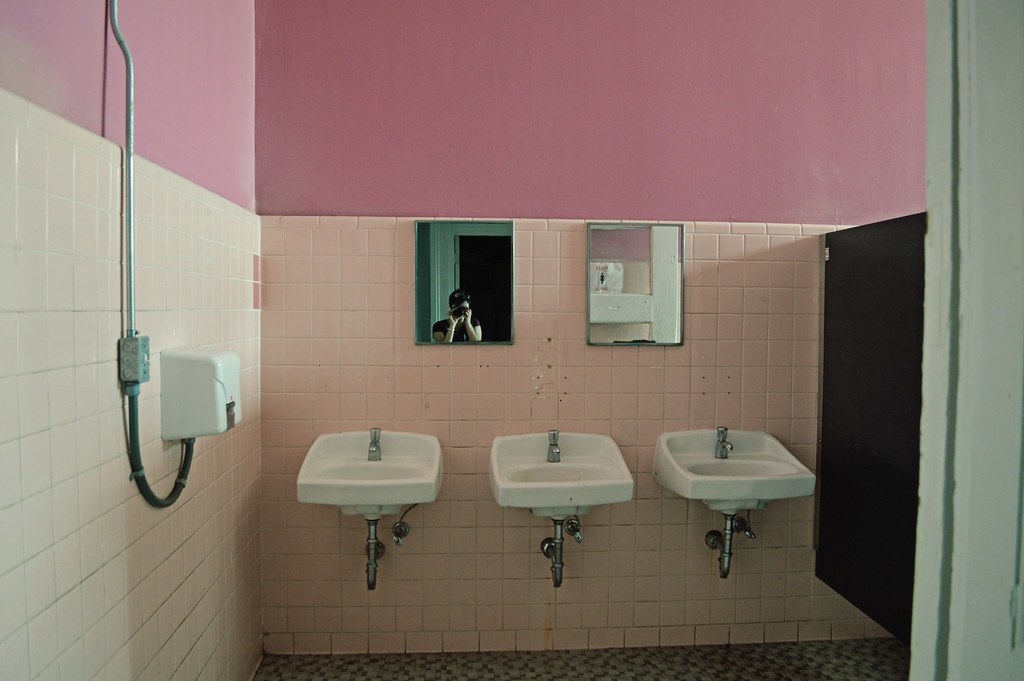 This is a great women’s fiction submission. It’s funny, you wait months for a gold star submission to come along, and then two come along at once. Read on…

Editorial comment:
Great. Really not much to say. Good writing. Punchy, sharp dialogue, lack of exposition, close immersive PoV. I doubt if there’s a reader of women’s fiction that didn’t want to read the next page, which is exactly the reaction you want to provoke. It might be instructive to examine exactly why this piece works as a great opening.
Lack of exposition: There are no boring details that we don’t really need to know. Read the piece again, and then tell me a single detail about the decor of the bathroom that the scene unfolds in? I’ll save you the bother. There are none. We all know what a ladies’ toilet looks like from the inside (well, not all of us, obviously, but half of us), so there is absolutely no need to go into the details. What matters is what happens inside the toilet, between the characters.
Close PoV: It’s written in a close first person PoV (point of view). Women’s fiction tends to be about people, about how they react to situations or crises and develop as a result of dealing with them. It tends to be character-driven, with a high emotional load. It’s very difficult to write this kind of fiction in a distant PoV because by definition you want your reader to closely identify with the character: you want them to be that character, to feel their pain and share their rapture.
It’s strong on dialogue. Part of the immersive nature of the piece is that it doesn’t dwell on description of place or person (I think there’s only one personal detail divulged, which is that Cathy has long raven black hair and an alabaster complexion—okay, two details). That’s great. What do we need to know about what Emma looks like? Nothing really. We already love Emma, that practical mate you always wanted to be holding your hair out of the toilet bowl and rubbing your back while you paid homage to the porcelain god. We love Emma and we don’t know what she looks like. She could be fat, thin, brown, white, blonde, brunette, blue eyes, brown eyes. This opening is a great example of why those details don’t matter. It’s Emma we’re immediately on board with, who we instantly gravitate towards, whose story we want to hear. We don’t give a flying monkey’s what colour her eyes are or what her hip-to-waist ratio is.

There are a few minor copyediting problems you’d want to sort before publishing this yourself, but as a submission to an agent or publisher, it’s absolutely dandy. I can’t tell you if they’ll take it on, because just from this short extract I’ve no idea if the rest of the story hangs together, whether there’s good character development and an immersive plot, but I can say that there’s a good chance they’ll ask for the full manuscript.