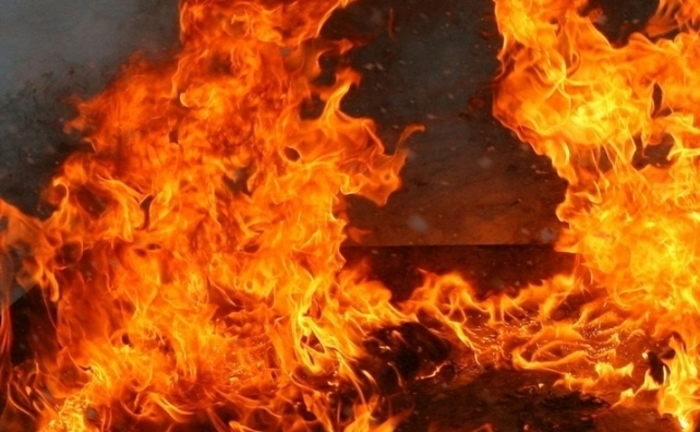 Followers of this site will know my aversion to prologues. They are, however, a common enough sight in fantasy epics. So does this one pass muster?

Title: Blood Memories
Wordcount: 201,000
Genre: Fantasy
Language: British English
Synopsis: As treachery drags the kingdoms of Artraea into war, two ancient races emerge from legend to lay claim to the continent. Javic ap Oras, the troubled son of a self-exiled murderer, may hold the key to humanity’s salvation, or he may be the harbinger of its destruction.
Text:
1994 Years of Haelen’s Respite

Memories. I am tormented by them. They fill my head, swarming, biting and burrowing like insects. I can no longer disentangle those that belong to me from those that belong to the lives of others long turned to dust. I am lost. Almost. There is one memory that persists whole and untouched and which I remember living. It’s like a weed with roots dug deep into the fractures of my withering mind. It is a memory that I feel compelled to preserve because it is all that remains of who I once was, but it’s also a memory that I can scarcely bear to recall.
There is a clear beginning – a vision of my hand trapped within a thick shaft of moonlight. I’m gripping the handle of an amphora and the smell of oil is thick in the air. I shake the jar, scattering dark beads like wind-driven rain. The oil collects in hollows and in curls of paper. It saturates the leather of my precious books, my manuscripts and scrolls, writings that I have collated over a lifetime of study but which are strewn now across the table top as if I give them no value at all. It wends its way to the edge of the table. It patters insistently, one leaden drop at a time, onto the open eyes of the woman sprawled across the floor and it paints tracks, like grief-stricken tears, across her cheeks.
My eyes snag on the woman’s face, starkly illuminated by the moon’s brightness. A pressure in my chest sucks out my breath and replaces it with lumps of panic and pain. I break off the seal of another amphora and shake its contents free. Perhaps there is a third, or if that was the third perhaps there is a fourth. I don’t know. The need to just burn everything is overwhelming. The oil fills my nostrils with its acrid stench. It’s greasy in my hair. It’s in my mouth. I gaze upon her face again and the oil is there as well, covering her features with the translucence of a death-veil.

The pain is inexplicable. I’ve killed innumerable times – and without conscience – those I once condemned as chattel. I feel the guilt of those murders acutely now but it pales against this. My heart – hurts. I have killed her – the person who meant everything and more to me – and I do not remember. I cannot remember because that is the nature of this dark thing that lives inside me. All that I have to grieve over are my memories of what came after …
… like emptying the amphora and letting it slip from my fingers. It breaks and fragments of earthenware stick to her frozen, oil-glazed face. I don’t have much time. My kind will be hunting me irrespective of how repulsive they find my infraction – my exogamy. Still, it’s not for myself that I flee, it is for our son. Because they will take him in the belief that he is their redeemer and if they are right then the future for the people of this land will be dire. If he isn’t then they will use him, as they have used me, to continue to work towards achieving their ends. It is the blood. My blood. His blood. It carries in it their faith. So for his sake, perhaps for the sake of all people, I must find a place in this world beyond their reach.
I struggle to turn from her but my choices have collapsed into just one. So I do. I turn. I abandon her, the woman who, for a time, saved me from myself.
The air outside caresses my face with the scent of rain and fresh pine and, most of all, the tang of sea salt. A glass-walled lantern stands on the stone steps of our house and within it a flame dances, feeding off of its own little reservoir of oil. I pick up the lantern and toss it through the open doorway. It does not take long before I see shadows beginning to stir in the unshuttered windows and I hear a noise like the rush of a fast-flowing river. The fire swells. It fills the house, swallows it up and devours it with a rage that will not be tamed short of the sea rising up. I step back to watch as the heat scratches my face, and I turn away as the roof collapses in an explosion of sparks and flames.
There is a strange silence then. In the fire-lashed dark I crouch to lift a bundle into my arms. I remember raising my hand, feeling both the slightness and the ponderous weight of the tiny fist that grips one of my fingers. I remember the fragility of that grip, somehow matched by its compelling strength. I am able to draw two breaths of smoke-fouled air in the time it takes for the small mouth to open. I remember the cry erupting out into the spring night, weak in power but piercing in its fear. I remember the tears filling my eyes like the first warning of a rainstorm rising up from somewhere deep inside of me. I remember remembering what had led me to this point in time, to bloodshed and fire, to violence and grief.

The memory. It re-ignites in me a profound despair now as I record it. I feel my resolve crumbling when I think of the future I have tried to change but which may still come to pass. Ah, the irony of it all. For that future is one I had prophesied, proclaimed and celebrated. Had I not divulged what I had seen, it would not now throw its shadow back through time. Have I done enough? Have I saved him? Have I saved anything? I could not have gone further. I could not have killed our son, whatever the consequences of not doing so.

Editorial comment: I think I’ve said this before, but even if so, it does bear repeating. Many readers see “Prologue” as a title to a section and skip it completely, jumping to chapter 1 where they think the real book begins. They’re getting their front matter (Introduction, Foreword, Acknowledgements etc) mixed up with the actual text of the story. It’s not your fault as the author, but it is just worth noting that a good percentage of readers will skip straight to chapter 1, which is something to bear in mind as you labour painfully over your lovingly crafted prologue …
I have definitely said that agents look askance on prologues because so many authors misuse them, but for the purposes of this submission, let’s assume that your reader knows that a prologue is in fact part of the book, or, that if it’s an agent reading, they’re hungry for new fantasy and they’ve actually asked you to submit this piece.

(Even an agent keen to represent new fantasy is going to swallow hard when they see your word-count, I have to say. A completely new writer with a 200k+ fantasy epic is going to be a very hard sell to a publisher unless it’s absolutely outstanding. But let’s skip this hurdle too, and look at the actual text.)

The narrator is looking back on an awful scene in his past. You avoid most of the potential pitfalls of narrating a past event by dropping into present tense, “I’m gripping the amphora” which is good. It’s nicely written and technically quite good, although there are a few interesting punctuation choices and word usages that I’d question in a copy-edit.
The big-picture problem I think this prologue runs up against, which is a very common problem with prologues, is that it fails to give a very succinct answer to the question, “What is it for?” Why do we need to know any of the information we are given here, right now, before we’re read even a word of the story?

It’s very hard to care about someone moaning on about the awful mistakes they made in their life if you don’t know them. The list of what we don’t know here grows longer by the paragraph. We don’t know who he is (and I don’t mean his name, I mean “what” he is, really). We don’t know whether he did actually kill the woman, and why, or if he got her killed (a sin of omission or commission, you could say, although I’m presuming he’s the murderous father). We don’t know why he needs to burn all his manuscripts and scrolls that have been his life’s work to amass. We don’t know what burning everything is going to achieve anyway. What is he trying to hide, the woman’s death? His scroll collection? We also can’t really appreciate any of the significance of his ruminations on the fate of the people and how they relate to his son, because we don’t yet understand how they’re connected. In fact, his ruminations on that subject are frankly confusing. If they think his son is their redeemer, and they are right, they’re doomed. How does that work? And if they’re not right and he’s not their redeemer, they’ll carry on using him for their own ends anyway. Not sure I understand any of that, to be honest. Is he saving his son from them, or saving them from his son?

Do you see a pattern emerging? This prologue asks lots of questions and answers none of them. It gives us both the entire story (bad shit gonna happen, which we kind of knew anyway because that’s what happens in fantasy epics) and nothing (we don’t know who to, or why, or whether they deserve it). What’s this prologue here for? (The answer, “Well it kind of sets the scene, sets the tone of the book” is not a valid answer, and is likely to find you on the slush-pile before you can spell “epilogue”.)

So, in short, the answer to the question in your notes is no, I don’t think this prologue is doing your book any favours at all. I did give it a chance—I am trying not be dogmatic about pet peeves. On the positive side, I like your writing style; there’s enough of a turn of phrase and a vocabulary to believe that the rest of the book is not a badly drawn slash and chop fest. It actually left me wishing that you’d submitted the first few pages of Chapter 1, instead.