Bloodshed in the valley 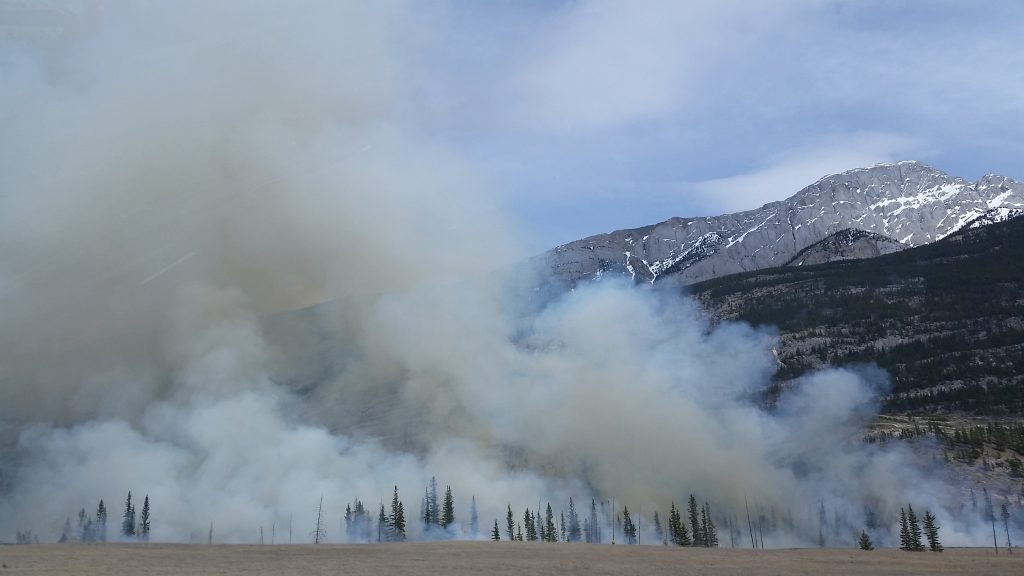 Submission to agents is all about attention to details. One of the significant differences between self-publishing and traditional publishing used to be that in trad publishing, the publisher picked up the tab for editing. Unfortunately, these days, if your manuscript really needs copy-editing, it’s unlikely to get their attention in the first place. How to achieve this at minimal cost? Have you got a good team of technically proficient beta readers? If you’re extremely well-versed in the rules of grammar and punctuation yourself, you might get by with some self-editing, but it’s notoriously difficult to see your own mistakes. Some software can help, and even professional editing of short pieces can be more affordable than you think.

Title: Field of Fire
Wordcount: 84000
Genre: Fantasy
Language: British English
Synopsis: A young fugitive seeks freedom joining a company of rebels who are striking out, across a magic sodden wasteland in the hope of a better life. As their numbers are whittled away their Captain must teach them to fight and survive if they are to reach safety.

Smoke hung heavily in the air, buffeted by the morning breeze as it mixed with the mist that blanketed the valley floor. Gris lay prone amongst the trees, the cold morning dew soaking through his brown woollen uniform, surveying the carnage in the valley below.

Flickers of flame still glimmered through the mist. Blackened timbers jutted out where once there had been roofs and mangled bodies littered the road where once life had to’d and fro’d. He had watched for almost an hour, slowly creeping forward on his belly and hoping equally to see signs of life and not to, before turning to Corporal Merin.

“I want you to take four men and set up an ambush on the road just south of the village.” He said softly, knowing a whisper would carry on the breeze. “If we meet trouble in there we’ll be pulling out in a hurry so you need to be close enough to cover the gate as well as the road. If you see trouble coming, sing out, but do not open fire. I want to be done and gone before anyone’s the wiser.”

“Yes Sergeant.” Merin answered, even though his face mirrored his doubts and fears.

Gris saw it but said nothing. Merin was an experienced soldier and knew his duties, even if he was being asked to stick out his neck more than was healthy.

“Toller, Cordy, Linden, weapons on half cock, blades where you can get to them in a hurry,” he growled down the line, “Keep five paces apart, fire only if fired upon or if I give the order. Now follow me.”

They picked their way slowly and silently through the trees, working their way down the wooded slope. Stopping every few paces, the peered nervously down their musket barrels to scan the route ahead for any sign of movement as the breeze swept the misty smoke across their path, stinging their eyes. Gris hoped for a moment that it might cover their movements from prying eyes but knew it could pass as quickly as it appeared.

As the village began to appear out of the gloom they could see its battered wooden palisade, scared but not broken and the stone blockhouses every fifty paces that had withstood countless impacts. The gate though had been shattered beyond repair.

One side uselessly from a single hinge while the other had been broken down and smashed into countless shattered pieces and between them lay the freshly cut log they had used as a battering ram. Around the log were pools of dark sticky blood where the villagers had made their attackers pay dearly for their passage. But, as usual, there were no bodies.

Gris silently signalled Cordy and Linden forward with a wave of his hand. They took up position either side of the gap as he led Toller through the breach. Once they were through they spread out, weapons at the ready, as they scanned the village’s windows and doors for any sign of movement. Moments later they were joined by Linden and Cordy who moved past them into the village square, stopping and lowering their weapons as they took in the carnage around them.

Bodies of villagers, men women and children, lay strewn across the ground. Most looked to have fallen where they were killed, but a number of the women were naked and bloody, while others had been hacked limb from limb.

Gris had seen scouted more than his fair share of raided villages in the past few years, but to this day he had never seen the Raiders leave more than a few bodies behind. Usually they just rounded them up at dragged them away into slavery. Whatever had happened here looked more like a lawless rampage than a carefully orchestrated attack.

“Cordy, Toller,” he said sharply to get their attention back on their jobs and away from the bloody mess, “move right and search every building. Look for anything out of place. Linden, you’re with me.”

“What are we looking for Sarge?” Toller Asked with a look of agonised confusion.

“How the fuck should I know?” he answered angrily, “This isn’t your first walk in the country boy, so shut your mouth, open your eyes and move your feet. You’ll know what it is when you see it.”

They moved off slowly, checking each doorway and covering each other’s movements. Inside the houses the slaughter had continued. Whole families had died as they tried to barricade themselves into their homes only to hacked and shot to pieces by the Raiders. Others had tried to take the fight to the enemy, forming small groups and arming themselves with whatever was close to hand. Judging by the drag marks where their attackers had retrieved their fallen they had fought hard. How many they had killed he couldn’t be certain but at least there was one who wouldn’t be raiding again.

Only his legs had showed from beneath the pile of mangled corpses, but once he spotted him it was easy to tell he didn’t belong here. His black knee high boots were ornately embossed and inlaid with silver thread and worn over fine black cotton trousers. The men of the village, like him, wore short boots with waxed canvas leggings over coarse wool.

“Linder,’ Gris called out, “give me a hand,” as he began to drag the body free.

Linder didn’t move, he just stood there staring, shocked to finally see a Raider in the flesh until Gris growled, “I said give me a fucking hand.”

The noise brought Cordy and Toller running. Within moments they had dragged the body clear. Without waiting for his men to get over their shock he quickly searched the body, working from the neck down, checking his tunic pockets. On his belt were a fine steeled blade and a large leather pouch. He left the blade where it was, he wasn’t after trinkets, and emptied the pouch. He quickly scanned the maps and papers before stuffing them into his haversack. In the pockets he found a fine telescope and compass and gave in to temptation.

Editorial comment: As I hinted at the beginning, there’s nothing structurally wrong with this opening, but there are a lot of little details that are going to put an agent off taking you on as an author. Don’t forget, you’re presenting them with what they assume is your very best work (why else would you bother?), the first few chapters that you have spent the most time and effort on. It’s difficult to know, when you’re starting out, how high the bar is set. That’s what this website hopes to show.
The first phrase I trip over is “where once life had to’d and fro’d”. “To and fro” is not a verbal phrase, so trying to construct a past participle by adding an apostrophe and a “d” doesn’t work. If you really want to use the phrase (and I wouldn’t recommend it—it’s a bit hackneyed), insert the past participle of a verb in front of it: “where once life had meandered to and fro”.
“… hoping equally to see signs of life and not to” is awkward. More correctly “… hoping equally to see or not see signs of life” is not much better. I’d rephrase this entirely “… hoping to see signs of life, but also fearing what signs”, or something similar.
With dialogue punctuation, always use a comma between the actual speech and a speech tag like “said” or “answered”, so it should be “‘… south of the village,’ he said” and “‘Yes, Sergeant,’ Merin answered” (note the comma between “Yes” and “Sergeant”, also).
In “even though his face mirrored his doubts and fears” I’m not sure whose fears are being mirrored. “Mirrored” means reflecting, so presumably reflecting Gris’ own fears, but it could equally well mean “showing” Merin’s own fears, in which case “mirrored” is the wrong verb.
“To stick one’s neck out” is an accepted idiom. Reordered to avoid splitting the verb, “to stick out one’s neck”, looks odd, because that leads to a more literal reading.
Sergeants have for time immemorial been growling instructions “down the line”, but when the line only consists of three other people the phrase looks out of place.
There are lots of other similar little problems. It should be “they peered”, the palisade is probably more “scarred” than “scared”, the gate “hangs” uselessly, a number of errant commas and so on throughout the text.
And there’s one major plotting issue. How can Gris see all the detail of the village and the mangled bodies if it’s shrouded in mist and smoke and only “appears out of the gloom” when they’re much closer?
OK, that’s the bad news out of the way. It’s quite well-written apart from these minor problems. I did think the sergeant’s dialogue was somehow quite “modern”, and didn’t really gel with the medieval time-setting, but that might just be me. You might also think about exactly when the story starts. Essentially we waste quite a few paragraphs looking down at a village with Gris (that we can’t see because it’s shrouded in mist and smoke) before any action starts. I wonder if you could move the beginning either forwards or backwards in time. If you threw us into the middle of the earlier battle, that immediately creates an explosive action scene to start the story off with a bang. But perhaps there are no characters in that scene whose PoV you want us to identify with. In that case you’re left with the awkward solution of having a kind of prologue solution which, if you’ve read some of the archive on this site, I tend to advise against.

Alternatively, move the opening forwards. Have Gris and his crew picking their way through the village remnants. Dial up the suspense by having them nervous and twitchy, starting at every spitting ember and collapsing roof, and then the impact of the hawk’s cry with no hawk apparent (your last para in this extract), will become even more tension-inducing, perhaps?