Submissions to agents – selling the concept

Title: THE RIGHT REVENGE
Wordcount: 33.000 words
Genre: Real fiction
Language: British English
Synopsis: Psychological drama into the intricacies, follies and complexity of human relationships.
Probably family is the most common ground for bullying and, even worse, toxic complicity.
A story based on real facts. An engaging, intriguing and revealing family drama with a comprehensive view and a captivating form of dialogue.

Nobody likes talking about the intricacies, follies and complexity of family relationships. It’s too personal, boring, annoying, often there’s too much going on that’s embarrassing, shameful, so family covers-up, disguises situations, and you shouldn’t even talk about those things, your feelings aren’t as important as keeping up appearances!

Family is the institution without which society does not function. The need to belong, to be part of a family, is one of the most genuine feelings that exist. There is the blood family: generations of parents, children, siblings and the adopted family: friends. We all need to feel included and it is a very natural need to be a part of something we want to name ‘family’.

Family and friends together are a wonderful place to be, yet we are the source of disappointment, sorrow and hurt of each other.

As an institution, what does family mean… to you? It’s worth reflecting on, but the most important questions are: how do I treat my family? Am I caring and loving? Am I thoughtful and honest? Do I share fairly?  Am I respectful and kind or selfish?

Notoriously, big changes in relationships, family or friends, happen when we make mistakes and, concerning mistakes, there are only two ways of making them: innocently or intentionally. Consequently, we learn, should learn, lessons for life.

I’m going to tell you a story based on a real life story, it actually happened. Family is what matter the most and I sought to provoke thinking, inspire positive changes and promote relationships of trust, respect and love.

The name Vera means ‘True’ (Latin Origin) or ‘Faith’ (Russian origin). Due to the significance of these words I choose it for the main Character.  She is someone that says what she means and people that say what they think are usually singled out.

Vera has two sisters and a brother.

Vera’s brother is called Laddie and the sisters are Anastasia and Drizella, like the sisters in the fairy-tale story of Cinderella.

They grew up in a small village in the Iberian Peninsula and the parents were cultivators and livestock farmers.

The Iberian Peninsula, also known as Iberia, it’s located in the southwest corner of Europe. The peninsula is mainly divided between Spain and Portugal. It also includes Andorra and small areas of France. The British overseas territory of Gibraltar is the smallest of all regions. It has an extensive coastline, Atlantic Ocean and the Mediterranean Sea. The Douro is the 2nd longest river in the Iberian Peninsula and the region along its course in northern Portugal is home to many impressive vineyards that produce the famous worldwide ‘Vinho do Porto’. Google Iberia and discover its beauty: the cities, the rivers, the coastline, the mountains, forests, climate, its rich historical heritage and culture. It is a beautiful part of the world to visit and discover.

In this story there are quite a few more characters that you will meet as you read on and probably you will be transported into the story if you see images that you recognise. Be aware that this is a story about emotional violence, psychological harassment, and also about moving on with life doing things that bring joy, happiness, peace and freedom.

« Books are mirrors: in them you only see what you have inside.»

Anastasia is the younger sister.

Vera’s memories of her as a child and teenager are vague. Anastasia was a beautiful baby, a quiet child and a normal teenager. Vera didn’t pay her much attention as she was growing up. Perhaps because of the age difference, six years is too great for children, or maybe because she was focused on attracting the attention of the older sister, Drizella, and then she grew up enjoying playing and sharing with the brother, Laddie. Nevertheless, their relationship had always been affable and they had an easy conviviality.

Anastasia married Judas at the age of 19 only.

Having been brought up in the Catholic Faith marriage meant a contract for life and Vera couldn’t help feeling astonished at seeing her younger sister getting married so young. At that age it didn’t cross her mind to take such a serious commitment. All she wanted was to travel, work away, meet people, learn languages, know other cultures and that’s what she was doing.

However, the most unfamiliar and weird feelings came about, with the passage of time, as she got caught in the web of their needs and whims which dragged Vera into a painful journey in the intricacies, follies and peculiarities of family relationships.

Usually, big changes emerge from little things that grow out of proportion, due to the emotions provoked and put into play, and an unexpected request from Anastasia and Judas, to which Vera simply answered with a question, set in motion a chain of events that changed their relations forever.

“What for do you need the money you’re asking me?”

“That doesn’t concern you.” Judas answered in his typical haughty manner.

Do you believe in revenge?

What is revenge for you?

Have you ever felt the need to seek revenge? Why?

… Answer honestly, at least to yourself.

It happens that some people are provoked to the point of having to persuade others, without violence, into becoming half decent human beings, force them to think, and that’s what is at the core of a fair revenge!

There is good and evil. There are benign people and evil people and the history of human relations is simply always about the disputes and struggle between the two sides.

I don’t believe in giving the other cheek to malevolent, malicious, harmful people. Imagining that evil can prevail is simply an abhorrent, dreadful and revolting concept. It’s frightening the idea of a world without the courage of good people. The reprimand, punishment and hence justice are necessary because otherwise life would be gloom, without hope.

Editorial comment:
This submission is a good example of the confusion that can happen when an author fails to appreciate what it is that an agent is looking for when they look at a submission. An agent is looking for a quick outline of the book (a synopsis can be a single-spaced full page, so 500 words roughly – here you only get 50 words, unfortunately). If it’s non-fiction, the synopsis should give a clear outline of the subject matter and the aim of the book (is it a how-to guide? Who is the target audience, and what size is that audience? What will the reader learn from the book? What similar books are out there and how have they sold?). If it’s fiction, the synopsis should give a clear summary of the main plot and character arcs of the book, including the ending (this blog post is a good summary on writing synopses). Then they’re looking for an immersive, engaging opening, promising an entertaining (fiction) or informative (non-fiction) read.

When constructing your submission package, think about what an agent wants to know. They want to know what kind of book you’ve written, who the audience is, what size that audience is, how successful similar books have been. They want to know (without having to commit to read the whole book, at least at first) whether it looks as if you can structure a book properly with an engaging plot and interesting characters. They want to know if they can sell it to a publisher. If they can’t, why would they bother taking it on? Agents are salespeople, not talent scouts. You might be a literary genius, but if they don’t think they can sell what you’ve written, they won’t offer to represent you.

Unfortunately, this submission fails to meet the above criteria on a number of levels. Firstly, it’s not clear what the book is. In “genre” you’ve written “Real fiction”. That’s a contradiction in terms that’s going to leave an agent scratching their head immediately. Is this non-fiction, or fiction? In a bookshop, there are very separate areas for the two types of book. Where is a bookshop going to put this one? The synopsis doesn’t help. It’s a fiction book based on real facts? It’s a compelling drama? Okay, it sounds like this is a novel, perhaps based on a real-life story. But then the beginning of the book isn’t fiction at all. It’s a kind of non-fiction treatise on family relationships. So the person who picked this up thinking it was a fictional family drama is going to be disappointed. However, the rest of the opening pages after these few that I’ve included here do seem to be the beginning of some kind of story (although they’re bogged down with a lot of exposition about the Iberian peninsula, for some reason). So the person looking for an educational book about family relationships is going to be disappointed too.

Unfortunately an agent isn’t going to be interested in this book, even if it’s an outstanding work, because it’s just not clear what it is. I think you need to come down on

one side of the fence or the other much more clearly. Either this is a novel, that may or may not be based on a true story, and whatever message you want to tell about family relationships is narrated through the characters and plot of your story, or it’s a non-fiction guide to achieving and maintaining good family relationships, perhaps based on real anonymised case histories, or psychology or sociological theory. As it stands, an agent would have no idea how to market this book, or even who to sell it to, so they would pass. 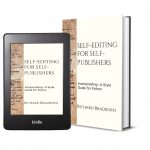