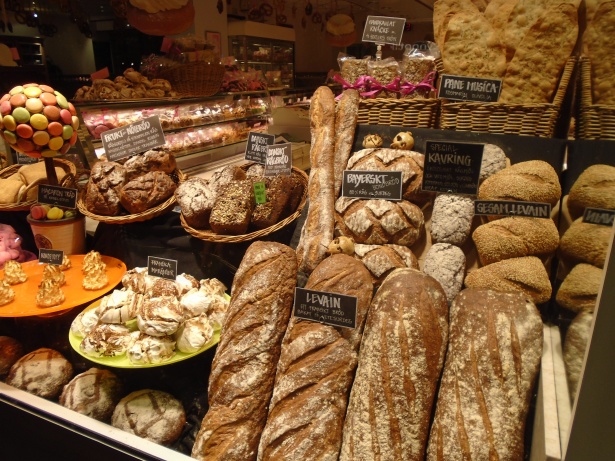 An interesting opening describing a truly obsessive character, but does it do the prime job of getting us involved in the story?

Title: The house that stands alone
Wordcount: 95,000
Genre: Horror
Language: US English
Synopsis: Fintan, his boyfriend, and three friends spend a week at Coleman Cottage, a large house located in the countryside. With each passing night, the group are forced to face the demons within themselves and the house, as well as the reality not all of them will make it home alive.

Fintan O’Connell lingered in the doorway of the bakery. He cast his eyes left and right and observed the street from safety, waiting for a couple of twenty-somethings to pass by before taking advantage of the momentary lull in pedestrian traffic and stepping out onto the street. He slotted the pods into his ears and his shoulders lost a little of their tension as the noise of the world was drowned out by music.

As his feet began to guide him home at pace, his eyes remained fixed on the ground. He eyed the cracks between the paving stones and took care to step over them, counted the pieces of gum which had been trodden into the sidewalk and even painted a picture of what someone’s face might look like based solely on their footwear. He did whatever he could to keep his mind busy, to keep himself from looking up. Fintan had no desire to pay attention to those around him, and less desire still to draw their attention to him.

He looked up for the first time since departing the familiarity and safety of the bakery. In the distance, his eyes found the hanging baskets packed with white carnations. The florist was just ahead on the street corner. His eyes dropped back down to the unremarkable and unthreatening concrete underfoot and spotted a pinkish blotch just inches from his right foot. That made for nine pieces of gum.

The heat from the freshly toasted sandwiches began to nip at his fingertips, forcing him to adjust the position of his hand on the brown paper bag. He continued to put one foot in front of the other and to take deep breaths in through the nose and out through the mouth. His nostrils twitched as a scent of lavender began creep inside them. His eyes drifted to the right and the white bricks of the florist lay in wait. For a moment Fintan considered stepping inside the florist and picking up a bunch of flowers for Will. He imagined himself handing over a bouquet of anything to his boyfriend who would surely be grateful but less than enthused with the gift. Perhaps a bunch of flowers for a boyfriend with hay fever wasn’t the best idea. Fintan thought better of the notion and forced himself to see it for what it really was, an excuse to get off the street. Even if he brought Will flowers, they’d likely be wilted and dead by the time the couple returned from their week-long trip.

He left the florist behind and pressed on. As he rounded the street corner he began to count.

As he continued to count the steps to home, he made a mental note of the black scuff across the toe of his otherwise pristine white trainers. He’d clean that off as soon as he got home. On the sixtieth step and no sooner, Fintan finally allowed his gaze to rise. A sigh of relief slipped out between his lips as his eyes met the door of his apartment building. He fumbled around in his coat pocket for his keys, keen to be back upstairs with Will. He felt the cold metal between his shaking fingers and plucked the key from his pocket. With a trembling hand he jiggled the key until it found its way inside the lock and with a click, the door unlocked and welcomed him in. Home, safe and sound.

As he eased the door shut, something blocked its path. Alongside his own white trainers, a third foot had now joined the fray and a tan boot was wedged between the frame and the door. Fintan dropped the brown bag and brought both hands against the door, attempting to shove it closed, but the boot continued to bar its path. The silhouette of an open palm appeared on the frosted glass door and Fintan’s breath caught in his throat as he stared at the hand.

A voice called out on the other side of the door, but with his earphones still in place, it was nothing more than muffled noise to Fintan.

“Mate I’ve got your bank card.”

Fintan eased off and slowly pulled the door open.

On the other side stood a man who true to his word, gripped a bank card which certainly looked like Fintan’s.

Fintan stuffed a hand into his pocket, rummaging around in the cramped space in search of his bank card, which he now realised wasn’t there.

“I tried to call after you, but I don’t think you heard me.” The man eyed Fintan with a puzzled expression as he returned the card before backing away, clearly baffled by Fintan’s reaction.

Fintan watched the man disappear around the corner and finally closed the door to the building, shutting the world outside. He backed away from the door, reluctant to take his eyes off it and fumbled behind him in search of the button to call the elevator. Behind Fintan, a faint ding was followed by the metallic rumble of the doors sliding open, allowing Fintan to shuffle back inside the elevator. He tapped his finger over and over against the button for the fifth floor, as if the more he pressed it, the faster the doors would close.

Standing outside his apartment, Fintan pressed his forehead against the door and took a moment to catch his breath and allow his nerves to settle. Once the heat had drained from his cheeks and his hands had steadied, Fintan slid the key into the lock. In the time it took the bolt to turn and click open, the pursed lips on Fintan’s face had been replaced with an almost convincing smile that might just be enough to stop his boyfriend from asking questions.

Editorial comment: As a description of a person with some obvious issues, be it a phobia of some kind, or perhaps a diagnosis on the OCD or autistic spectrum, this works very well – the itemisation of “triggers”, the minute observational detail (counting the pieces of gum), the obsessive but irrational behaviour (multiple presses of the lift button although it’s already been summoned) – we are subsumed into Fintan’s painful world very comprehensively. As the start to Fintan’s story, I’m not so sure. You spend the first few pages of your book describing a very short walk from the bakery back to Fintan’s apartment, in which nothing actually happens. Yes, we get a very detailed (painfully detailed) insight into Fintan’s state of mind, but not really much else. Generally it’s good practice to start your book where the story actually starts – at the what can be called “inciting incident” that gets the whole ball rolling. Although it might be vital for our appreciation of Fintan’s character, I think it would have been better, instead of dedicating the first three or four pages of the book entirely to Fintan’s OCD issues, to drop these into the narrative while describing something of importance to the plot. I doubt whether Fintan making it back from the bakery in one piece is actually vital to the plot (I could be wrong, of course), so this opening smacks a bit of self-indulgence. You are showing off your mastery of writing this complex and difficult character in such depth, while not actually giving us any story to get our teeth into. Because of Fintan’s issues, the reader is constantly expecting something awful to happen at any moment (which might well be the state of dreadful apprehension Fintan experiences on a day to day basis), but when it doesn’t, we get a sense of anti-climax. That’s briefly lifted at the point where the “other” foot is inserted in the door jamb, but then it just turns out to be someone returning his debit card. The point is that we don’t really care about Fintan at this stage, so we endure his problems rather than sympathise with him. We are actually waiting for the story to start, and fans of the horror genre are not generally known for their immense patience. I wonder if they would be drawn into such a static description of character, or put off by it?

I think I’d be interested enough to read on, given the lengths you’ve gone to to create such an intense character, but I’d be looking for signs of a gripping plot developing fairly rapidly after this scene, and if it did, I’d probably be advising you to ditch this whole scene in favour of starting the story later, when something important actually happens in the plot. Read the first page of The

Shining again. Stephen King started that book with Jack Torrance’s interview scene, for the position of over-winter caretaker at the Overlook Hotel. There’s plenty of character development also (the first line is “Jack Torrance thought: Officious little prick”) so we get a fairly good insight into Jack Torrance’s character and the underlying anger issues he has, but the scene also describes the key moment that starts the whole story moving – Torrance getting the job. The best writing does this two-step of plot development and character building at the same time.

Available in ebook, paperback, hardback and large print versions to order from all good bookshops, and online from Amazon, Kobo and iBooks.