A knight in shining armour 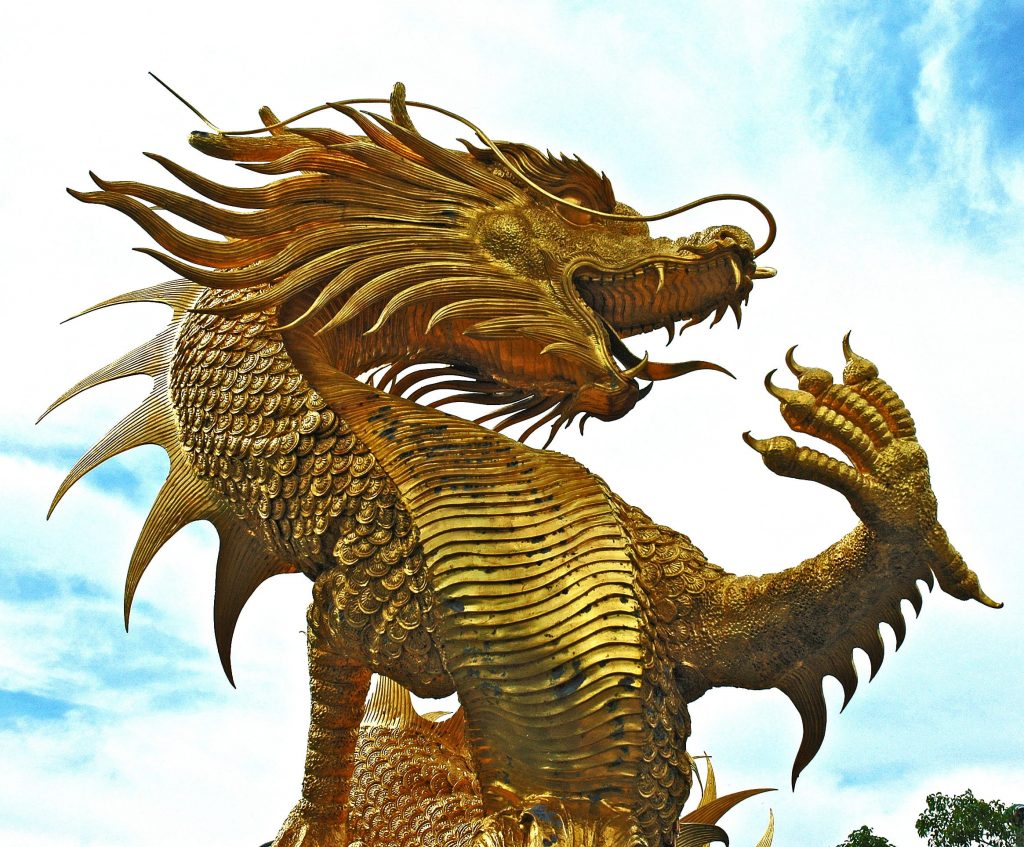 A knight in shining armour … well, rather battered armour, truth be told, and perhaps not fitting its portly owner as well as it used to?

Title: The Tale of the Knight and the Princess
Wordcount: 14852
Genre: YA
Language: Australian English
Synopsis: A brave, ageing knight intends to save a princess. However, she saves his life, kills the dragon and frees her kingdom. The king is not pleased with this turn of events. The princess joins the knight and they travel around the world encountering magical creatures and not so magical humans.

Text:
Long, long ago in a kingdom behind seven seas and seven mountains there lived a knight. Sir Milo was not very handsome but very brave and smart. He was born in a far, far away land and travelled around the world – killing many dragons and villains, saving countless princesses and maidens.
One king has offered him half of his kingdom for killing a horrible cockatrice. Another offered him a hand of his beautiful daughter – and a throne after his death. But this would mean that Sir Milo couldn’t do what he loved the most – helping others. So, he travelled around the world saving peasants and kings, killing giants and sphinxes….
Presently he arrived at an old tavern, not far away from a beautiful and rich city, ruled by wise and powerful king. The city was in mourning. He asked the tavern owner what has happened.
– You must have come from far away if you don’t know my dear traveller – said the landlord – A horrible dragon, with seven heads and ten tails has been living on the mountain behind the city for last few years – he pointed the mountain – Every week we have to offer him a maiden. So many families have sacrificed their daughters already. There’s only one more maiden left in the whole kingdom, king’s only child, princess Zarra. They took her there in the morning so she’s most likely dead by now – he tavern owner finished.
Sir Milo drank his ale, finished his dinner and polished his sword. Then he saddled up his horse and set off in the direction of the dragon’s mountain.

It was a steep climb – Sir Milo’s loyal palfrey struggled as stones rolled from underneath his hooves. At one point the path so narrow that Sir Milo was afraid that they will just tumble down the gorge.
Finally, he arrived at the top of the mountain. What he’s seen made the blood in his veins freeze. It was a horrible dragon, the worst one he had ever seen: a monster with seven heads, each one more terrifying than the other, hissing, whizzing, breathing fire. Ten huge tails were circling behind him, the ground was shaking every time one of them hit the earth.
Opposite the dragon stood a young woman: maybe not the most beautiful princess Sir Milo had ever seen but certainly the bravest one. The dragon was moving around her as if trying to scare her, but she stood her ground, not shaking, not going pale, staring straight to the beast’s yellow eyes.
Sir Milo was hiding behind a huge rock. He took out his sword and with a loud scream started to run towards the dragon. The monster noticed him and one of the heads struck in his direction. Sir Milo’s sword cut of the tongue and the head withdrew with a piercing cry.
But Sir Milo didn’t notice that another head, the biggest and most vicious one was coming after him. Huge teeth bit his sword hand. Sir Milo dropped the sword in pain. Then another one of the dragon’s head picked him by his leg and started to toss him in the air. Sir Milo thought his end was near.
Then something amazing happened: the princess run and picked up the sword. It was far too large for her, but she didn’t have to seem to have problems handling it. The dragon was too busy tossing and turning Sir Milo in the air to notice what Zarra was doing. With one stroke of the sword she cut three heads. The beast roared in pain but did not drop Sir Milo. By the time the monster realized what was happening the princess has cut two more heads. This left only two heads – one was still holding Sir Milo. The other one breathed fire and Zarra’s dress caught on fire. She didn’t seem to notice as she cut off the last two heads.
Sir Milo fell from dragon’s mouth as the head dropped to the ground. He picked himself up quickly and helped the princess with her dress. This was the least he could do. The dragon lied dead with his heads scattered around.
– You saved me – said Sir Milo to the princess – Thank you.
– I saved us – corrected him Zarra – And I’m hungry now. I didn’t realize that this whole dragon – killing business is so tiring – she added with a smile and a twinkle in her eye.
Sir Milo opened his saddle bag offering her some his modest provision. This was certainly no meal fit for a princess, but she has eaten everything with an appetite and thanked him gracefully. When they’ve finished the meal, Sir Milo helped Zarra to sit on his horse and they’ve started a descent down the mountain.
They must have been seen from the distance and when they approached city’s gates the crowd was cheering and shouting their names. They made their way to the castle. The old king was waiting for them surrounded by the nobleman and ladies. He was so happy to see his only child still alive! The servants were preparing huge feast.

When the feast started, Sir Milo was sat on king’s righthand. Zarra sat on the left. The king stood up and rose his to make a toast.
– I am the happiest man alive – he said – Today in the morning I was preparing to bid farewell forever to my only child – he smiled at the princess – Now I have her here, safe and alive. Saved by this brave knight – he extended his hand in Sir Milo’s direction – A knight so brave and wise to kill a horrible beast that bothered our kingdom for years. A man like this will be a good ruler. I give you my daughter’s hand in marriage Sir Milo – he finished.

Editorial comment:
I’m a sucker for old fairy stories, so I read this to the end. Very entertaining! However, an agent wouldn’t have done. I doubt whether they would have got beyond the first line, to be honest. You have a genre mismatch. YA stories don’t begin with variations of the “Once upon a time” trope, unless, perhaps, they’re being intentionally and heavily ironic. This isn’t irony. It’s a straightforward reading and the narrative continues very much in the manner of old-fashioned fairy stories, a remote and godlike narrator looking down on activities taking place across a wide spatial and temporal landscape. An eighteen-year-old would be a little perplexed if you handed this to them and said it’s a YA story. Compare recently published YA books to get a feel for what your intended age group is actually reading. YA readers are into human rights, and injustice, and sex, and violence, and quite a bit of horror and, of course, sweet love.
You mentioned in your comments that the book did in fact start off as a much younger children’s book, but got progressively darker as you wrote more. There’s not much that’s particularly dark here. You have a nice inversion of the normal fairy story plot, but I’d say there has to be some kind of twist to entertain modern children. I think either rein in your dark side and develope good, twisted versions of standard fairy story themes (a good start would be the next line with Zarra saying “What? That old relic? You’ve got to be kidding me, Dad! I’ll keep my hands to myself, and I’ll thank the good Sir Milo to do the same, thanks very much, Pops.” Perhaps that’s what happens?) or explore a much more adult narrative style with a more adult storyline. Also, consider the length. YA books tend to be closer to adult length, so 40 to 50,000 words long.
This is a fail as far as interesting agents would go, but the story is entertaining, as I said. You have one technical foible which repeats itself on a couple of occasions, that of tense mismatch.

“Finally, he arrived at the top of the mountain. What he’s seen made the blood in his veins freeze.” “He arrived” is simple past tense, “made” is simple past tense, but “he’s seen” (or “he has seen”, if written out in full) is present perfect tense, which is often used to indicate something that has happened in the past but continues to affect the present. Using the two tenses in this manner is inconsistent. It should be, “what he saw”. There are a number of other occasions where a similar mismatch occurs: “One king has offered …” “The princess has cut two more heads”. Whenever you find yourself writing “has”, I’d stop and ask yourself why.

There are many copyediting problems to sort out, missing words, punctuation problems and so on, but you need to write the right story first, before worrying about those issues.

Self-editing for Self-publishers is available to order from all good bookshops in paperback and hardback, and in ebook from the usual sources. It’s a comprehensive guide to the art of self-editing, how to correct many of the issues which arise in submissions on this site.