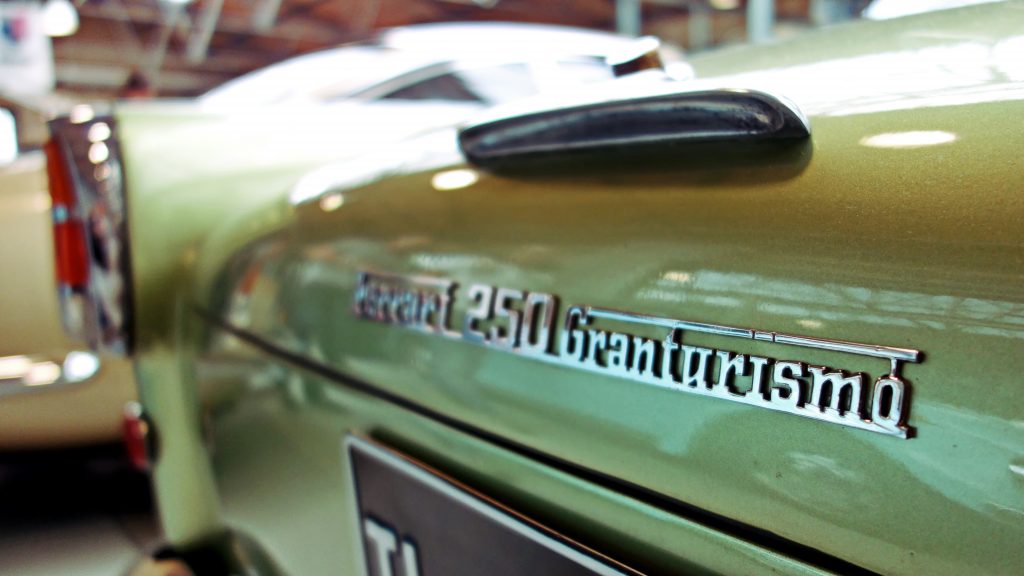 Secret meetings in fast cars parked deep in the woods. A fast-paced opening to start what sounds like a complex thriller.

Title: Every Desperate Act
Genre: Thriller
Language: British English
Synopsis: Patti Philips’s perfect life is shattered when her murky past makes her a suspect in the abduction of her niece Emily. Launching her own investigation, she is forced to confront her past but is ill-prepared for the horrifying realisation that Emily’s fate is down to her most evil act.

The guy has one of those classic cars, green it is with some sort of galloping horse on the badge and strange vents along the side as if it’s about to take off. The silence is disconcerting, ominous even; not a sound other than my breathing. Heavy, almost a wheeze, and too fast. The damp air cools my nostrils and the smell is of nature; trees and moss and rotting leaves. I hesitate at the rear wing and look around, my right hand reaching for my engagement ring. I twist so that the diamond is inside my hand. Rub it with my thumb. Maybe this is a mistake. I’ve been psyching myself up for this all day and now that I’m here, my bravado is deserting me. But I have to find out what he knows. I take the final step and swing the passenger door open.

‘Shit,’ the driver says fumbling with his phone, glancing at me with a guilty expression. He manages to stop it falling and tosses it on the dashboard.

I slide inside and drop my shoulder bag on the floor, sniffing a familiar smell, a warm citrus cologne that I recognise from one of the guys at work. Removing a burgundy beanie, I shake out my dark hair, my mind racing to remember the script I’ve been rehearsing since he called.

His grip is firm and I give him a confident smile, careful not to overplay it, that it doesn’t betray the raging torrent churning in the pit of my stomach.

‘I needed some exercise. Let me see your phone.’

‘Let’s not play games,’ I say. I’m trying to keep my voice from cracking, to give the impression of calm self-assurance. ‘I presume you’d like to talk.’

‘Well, I’m not talking into your phone.’

He plucks his phone from the dash and hands it to me. I jab the screen and throw him a knowing glance from the corner of my eye.

‘Turn it off. Not just the recorder. Turn the phone off altogether.’

He grabs the phone from my outstretched hand, keys in the passcode and shuts it down.

‘So,’ I say. ‘You have information about the disappearance of Louise Monaghan? Information that involves me?’

I’m impressed at how well I’m holding up. At how assertive my voice is. I half expected to be stuttering and stammering by now.

‘Louise and her husband, yes.’

‘Brendan?’ I say with a snort. ‘If they’re both missing, it’ll be down to him. Brendan lives life on the edge. Cocaine. Fast cars. The nags. If I were to guess, I’d say he pissed off the wrong people.’

‘They visited your house at the weekend,’ McGinn says.

He is looking at me, gauging my reaction. I remain stony-faced but he has caught me on the hop. Is he bluffing? Does he have anything concrete?

‘Saturday afternoon. Louise landed in Dublin on Saturday morning and left for Howth later that day.’

‘They didn’t visit me. Why would you think they did?’

‘The location data of both their phones puts them right outside your house.’

It’s like having acid thrown in my face. I pluck a tissue from my bag and dab my nose. Anything to keep my hands moving, to prevent them shaking. A speck of lint on my skirt catches my eye. I stare at it, so hard it begins to move, wavering like those moving statues I’ve heard my ma talking about.

‘Funny the cops didn’t call me,’ I say. My voice is almost a whisper.

‘My information is that they did speak to you.’

Shit. This guy knows everything. I pluck the lint between my thumb and forefinger.

‘You seem to have it all figured out,’ I say releasing the lint and watching it float to the floor. ‘What do you want with me?’

He rotates his phone between his hands. Flips it one way, then the other.

‘Why did she visit you?’

‘I told you she didn’t.’ I look him in the eye, trying to re-establish some level of parity. ‘Look,’ I say. ‘You haven’t told me anything I didn’t already know. And I only agreed to meet you because you said you had information to trade.’

‘I know you spoke to Louise by phone on Saturday as well,’ he says.

‘What did you speak about?’

I pluck the beanie off my lap and reach for my bag. ‘You’re wasting my time.’

He raises his hand. ‘Hold on, hold on. Okay, I’ll tell you.’ He straightens his head and stares out at the trees not ten feet from his front bumper. They’re towering over us casting a wide shadow over the car, making it difficult to read his face. He cocks his head, like he’s wondering how much to give me. ‘Okay. The Monaghans have established an offshore investment company. In Belize. It’s called Turneffe Financials. They have been poaching clients from Cromlech Investments. Your clients. How am I doing?’

‘You don’t need confirmation if you have all this. What do you want?’

‘You’re right. I don’t need confirmation about Turneffe. But my information is that you’re involved. Can you confirm that?’

I throw my head back and laugh out loud. A little too heartily, too dramatically. He’s sure to twig that my denial is suspect, that I’m hiding something.

A robin lands on a twig outside my window. Head in the air, beak quivering, he makes a peculiar chirring sound, like he’s laughing at me.

‘How do you know about this… Turneffe?’ I ask.

‘I’ve spoken to a number of their clients, the ones they poached from you. They’re not exactly candidates for Citizen of The Year.’

Editorial comment:
A fine piece of writing as an opening to a thriller – lots of questions, pacy dialogue, a well-observed close point of view that adds to our subtle feeling of claustrophobia about this conversation in a car parked in the woods. I’d have no hesitation about passing this on to a thriller agent for them to take a look at. What might be an additional selling point is if this is part of a series, or if you intend to write other similar thrillers. Thriller readers are very loyal to their authors and telling an agent you have more of the same in the pipeline would be a good recommendation to a publisher to take a risk on a new writer. The publisher isn’t going to relish going to a whole load of effort with marketing and publicity for a completely new writer if they’ve only the one book in the genre. A series, however, is repeat business.

Can I pick any holes at all? Well of course—I’m an editor, that’s my job. But these really need to be taken in the context of fine-detail changes that are not really critical to the reception of this piece by an agent.

It’s a bit of a weird jump as you describe the car in quite a bit of detail, and then say the silence is disconcerting, and the smell is of nature. The smell of the car? The silence of the engine? I think just swap those sentences around, so that then the “car” sentence runs on to “I hesitate at the rear wing …” (And wouldn’t she know the Ferrari logo? Really?)

“The silence is disconcerting, ominous even; not a sound other than my breathing. Heavy, almost a wheeze, and too fast. The damp air cools my nostrils and the smell is of nature; trees and moss and rotting leaves. The guy has one of those classic cars, green it is with some sort of galloping horse on the badge and strange vents along the side as if it’s about to take off. I hesitate at the rear wing and look around, my right hand reaching for my engagement ring.”

I don’t really get why “she reaches for her engagement ring”. I thought initially she’s going to scratch the car as she palms the diamond, then I thought this is some kind of clandestine affair she’s starting in the woods. If it’s just a nervous tic it seems to be too detailed, too specific in the way that she twists the diamond inside her hand.

The fact that she’s cute to the fact that he has his phone on record is quite telling. She’s obviously a bad ‘un. If she isn’t, I think you’re sending out the wrong message.

For a story set in Ireland, would she say “cops”, rather than “guards”? Is it only us rural folks down in West Cork who talk about guards or even Gardai, and to you city folk they’re all just faceless law enforcement? ( 🙂 )

The fact that she expresses the phrase “I’m not involved” is surely a flag to anyone that they most definitely are involved. Wouldn’t she let her “derisory guffaw” do the talking? Laughing in derision at an accusation and then saying “It wasn’t me” is a mixed message if ever I saw/heard one.

But as I said, I’d submit this to agents who deal in thrillers, and see what happened.

Self-editing for self-publishers out now, available to order in all good bookshops.